“Putting our faith in humanity”

“He who will not reason is a bigot; He who cannot is a fool; And he who dares not is a slave.” – William Drummond

”May I never get too busy in my own affairs that I fail to respond to the needs of others with kindness and compassion.” — Thomas Jefferson

SASH is the Shenandoah Area Chapter of the Washington Area Secular Humanists (WASH). SASH serves the counties of Warren, Rappahannock, Shenandoah, Page, Frederick and Clarke in Virginia. We welcome individuals who are interested in learning and intellectual explorations, and are willing to accept that not all questions have easy answers.

SASH typically meets at 2PM on the 3rd Saturday of each month at the Samuels Public Library, 330 East Criser Road, Front Royal, Virginia 22630.  Occasionally this date is not available and we have it on another Saturday.  Please refer to the Meetup link below for the upcoming schedule. 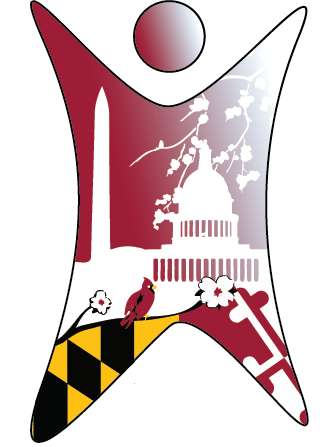 Secular Humanists are distinguished by an emphasis on critical thinking and scientific methods of knowing, promotion of separation of church and state, and a commitment to the…

Check out this Meetup Group →

A Message from the SASH Coordinator

If you are one of the 14% of Americans (about 40 million) who consider themselves to be non-religious or one of the millions more who consider themselves religious but do not attend church because they do not accept the rigid absolutist dogma of most religions, best described as believers in exile, Humanism may be for you. Humanism offers the best way to lead a good life without religion.

What is Humanism? Humanism is a philosophical world view based on naturalism as opposed to super naturalism. It is based on the belief that this world, including us humans, operates in accordance with the immutable laws of nature. Like most liberal and moderate religions, it is based on love and compassion for all human beings no matter their race, gender, ethnicity, or sexual orientation.

We believe that, ultimately, we humans are responsible for the kind of world that we live in. We believe that it is immoral to wait for an invisible friend in the sky to act for us. It is up to us to bring an end to violence and poverty in this world.

We are the only species capable of abstract thought, that is to say that we have the ability to think and therefore to reason which gives us a high degree of freedom in choosing what we do. Only we have the power to bring about change in this world for the better.

We are dedicated to preserving the constitutionally protected wall separating church and state.

We disagree with fundamentalists who believe they have the moral high road, that their efforts are above reproach and do not need government oversight.

We are not anti religious. To the contrary, we encourage all to pursue the religion of their choice.

All we ask is that you don’t force your religious views on the rest of us through the legislative process. We should be allowed to participate in that legislative process without being branded as unethical atheists who are enemies of civilization.

Humanism is a realistic philosophy for people who think for themselves, a philosophy of reason and science in the pursuit of knowledge.

So the choice is yours. Are you a humanist? It doesn’t matter how you answer. Humanism is yours to accept or reject or simply draw from as you see fit. It’s up to you. That’s what humanism is all about.

Statement of Principles from Free Inquiry

We are committed to the application of reason and science to the understanding of the universe and to the solving of human problems.

We deplore efforts to denigrate human intelligence, to seek to explain the world in supernatural terms, and to look outside nature for salvation.

We believe that scientific discovery and technology can contribute to the betterment of human life.

We believe in an open and pluralistic society and that democracy is the best guarantee of protecting human rights from authoritarian elites and repressive majorities.

We are committed to the principle of the separation of church and state.

We cultivate the arts of negotiation and compromise as a means of resolving differences and achieving mutual understanding.

We are concerned with securing justice and fairness in society and with eliminating discrimination and intolerance.

We believe in supporting the disadvantaged and the handicapped so that they will be able to help themselves.

We attempt to transcend divisive parochial loyalties based on race, religion, gender, nationality, creed, class, sexual orientation, or ethnicity, and strive to work together for the common good of humanity.

We want to protect and enhance the earth to preserve it for future generations, and to avoid inflicting needless suffering on other species.

We believe in enjoying life here and now and in developing our creative talents to their fullest.

We believe in the cultivation of moral excellence.

We respect the right to privacy. Mature adults should be allowed to fulfill their aspirations, to express their sexual preferences, to exercise reproductive freedom, to have access to comprehensive and informed health-care, and to die with dignity.

We believe in the common moral decencies: altruism, integrity, honesty, truthfulness, responsibility. Humanist ethics is amenable to critical, rational guidance. There are normative standards that we discover together. Moral principles are tested by their consequences.

We are deeply concerned with the moral education of our children.

We want to nourish reason and compassion.

We are engaged by the arts no less than by the sciences.

We are citizens of the universe and are excited by discoveries still to be made in the cosmos.

We are skeptical of untested claims to knowledge, and we are open to novel ideas and seek new departures in our thinking.

We affirm humanism as a realistic alternative to theologies of despair and ideologies of violence and as a source of rich personal significance and genuine satisfaction in the service to others.

We believe in the fullest realization of the best and noblest that we are capable of as human beings.

Humanism teaches us that it is immoral to wait for God to act for us. We must act to halt the wars and the crimes and the brutality of this and future ages. We have powers of a remarkable kind. We have a high degree of freedom in choosing what we will do. Humanism tells us that whatever our philosophy of the universe may be, ultimately the responsibility for the kind of world we live in is up to us.

Religonists can believe whatever they wish. For me, rational answers are preferable to mystic ones on many levels. I believe history shows that progress in developing models of the universe that accurately explain and predict events only comes from rational minds, while impediments to that progress invariably come in support of mystic activities of what might otherwise be rational minds.

No credible evidence exists that a god actively interferes in the day-to-day executions of universal order, as approximately expressed by the known laws of physics, despite the gargantuan amount of wishful thinking to the contrary. The evidence is overwhelming that a proactive God exists, but only in the mind of man. (“If God did not exist, man would have to invent Him.” I believe man did that, to explain the existence of the world, just as he invented morality as a cultural device to allow societies to survive the anomalies of individual behavior.)

Secular law protects non-adults from making contracts. Intellectual integrity would be better served if this age restriction applied to religion as well. Secular culture is well equipped to instill necessary morals—no belief in a supernatural is required.

When I began to think for myself I eventually recognized the difference between faith in ignorance and faith in reasoned knowledge—and the power differential under which I had been proselytized. Consequently, I reverted to my former state of atheism. Should God’s existence ever become a more rationally plausible explanation of the universe than scientifically established explanations, undoubtedly I would revert to theism. My mind is open and intellectual integrity would compel me to do so.

—From the preface to Satin Verses, by R. Leland Waldrip
More Quotes

WASH is a Chapter of:

WASH is an Affiliate of: